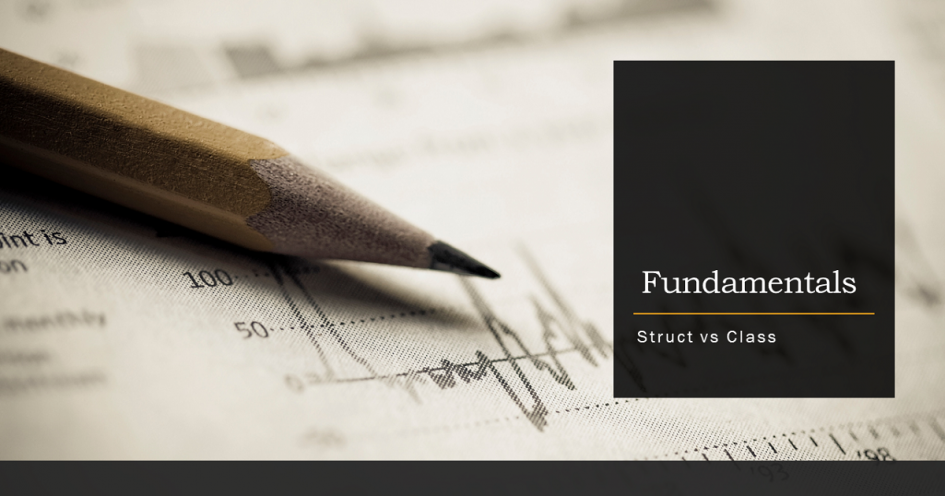 What is a struct?

The struct keyword represents a structure type, which is in fact a value type containing data members and methods. Usually, those data members are simple data types like int, double, bool, or other built-in structures like DateTime.

Declaring a variable of type struct does not require a memory allocation in the heap. A struct variable is allocated directly either in the stack or inside the containing type (i.e. if the variable is a member of a class for example).

It’s important to note that in C#, simple data types like int, double, bool, or Datetime are also structures themselves.

For example, here is a struct declaration in C#:

When you pass a struct type as a parameter to a method, a copy of the structure will be created for that method. In other words, a struct type is always passed by value to methods. The same mechanism happens when you assign a structure to a variable or when a struct type is the return value of a method. To keep it simple, structures are always copied by default, like all value types.

What is a class?

The class keyword is one of the most used keywords in object-oriented programming. A class is a reference type that represents a blueprint or schema of an object. For instance, if you need to manipulate objects representing cars in your code, you will create a Car class that contains members and functions (methods) of a car. Basically, an object is just an instance of a class.

For example, here is a class declaration in C#:

Creating an instance of a class requires an allocation of memory in the heap to store the data of the newly created object. In addition, the variable referring to that object will contain only a reference to the address of the object in the heap. Since class instances reside in the heap, the garbage collector will collect them at some point in time. Also, contrary to the structure data type, a class instance (i.e an object) is always passed by reference.

Let’s look at a practical example to show the difference between storing data in the stack versus storing it in the heap.  Here is a console application code that uses the Car class and the CarFeatures structure that we created previously.

And the following picture gives you an idea about how the data is stored in memory:

As you can see, the variable myCar contains the reference to the Car object that was created in the heap. And the CarFeatures property of the Car class resides also in the heap, inside the memory allocated for the Car class. On the other hand, the local variable myCarFeatures resides in the stack. This example describes both scenarios: the first scenario where the struct data is in the stack and the second scenario where the struct data is inside the containing type in the heap.

The following table is a summary of the key differences between a struct vs class.

C# Struct vs Class: When to use one or the other?

As a C# developer, most of the types that you will declare will be classes. Of course, you will surely use the built-in value types in the .NET framework, but most of the time, you don’t need to declare your own structures.

In a nutshell, here are some of the scenarios where you should use a struct instead of a class:

The weird case of implementing IDisposable in a struct…

Since struct types can implement interfaces, some developers are tempted to implement the IDisposable interface. Even though the framework does not prevent you from doing it, it’s a very bad practice because the footprint of a struct in the memory should be small and live in the stack. In addition, if you follow Microsoft recommendations, your custom structure should be immutable and should not have a reference to an unmanaged resource.

As a rule of thumb, if you see a structure implementing IDisposable during your code review, then you really need to discuss with the developer to understand the purpose of such implementation. That is to say, in the strong majority of the cases, it’s really not necessary.

I hope you enjoyed this article from our fundamentals series. You can find other articles with the fundamental tag here.