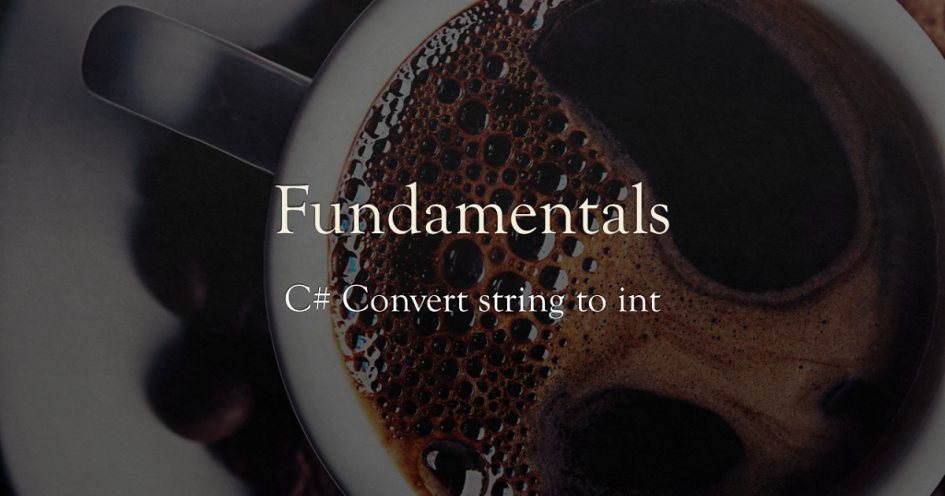 In this article, we will quickly show 3 different ways to convert a string containing a numeric value to a 32-bit signed integer (i.e. C# convert string to int).

C# Convert string to int with the Int32.Parse method

If the conversion fails, the Parse method will simply throw an exception. Therefore, you need to use this method inside a try-catch block.

Here is a sample code where we call the different overloads of the Parse method:

This program gives the following output:


C# Convert string to int with the Int32.TryParse method

Here is a sample code where we call the different overloads of the TryParse method:

And the console output when you execute this code:

What about the Convert.ToInt32 method?

The Convert.ToInt32 method is part of the static Convert class, which contains a set of methods that facilitate conversions between built-in types in C#. This method can also throw exceptions, like the Int32.Parse method. As a matter of fact, the documentation explicitly says that the Convert.ToInt32 is equivalent to calling Int32.Parse with the current culture-specific format information.

Here is a sample code that uses this method:

And running this code gives the following output:

In conclusion, all these 3 methods can be used to convert a numeric string to an integer, depending on your preference.

I hope you enjoyed this article from our fundamentals series. You can find other articles with the fundamental tag here.