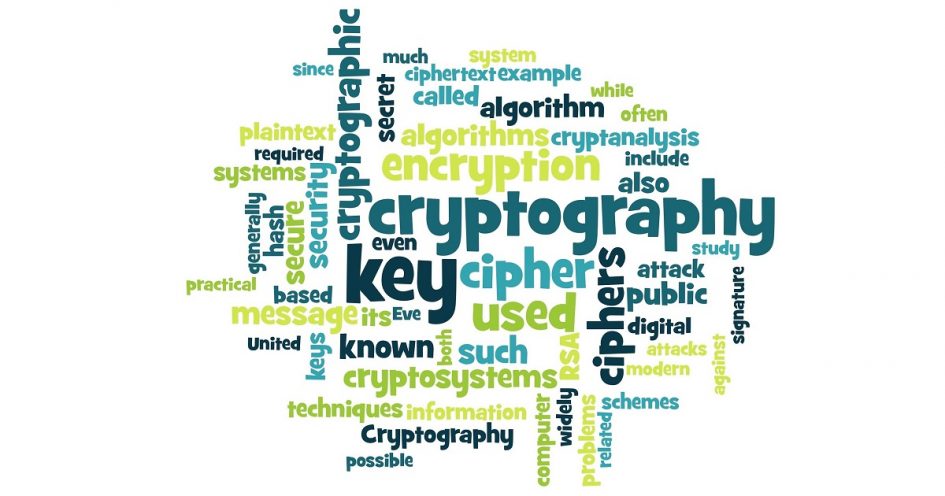 In a nutshell, it is necessary to verify the authenticity and integrity of the data and keep the confidentiality aspect of the information at the same time. This is where cryptographic concepts like encryption, signature, and hashing come to the rescue.

In this article, I will talk about the famous asymmetric encryption algorithm RSA and I will explain the different ways to create RSA keys with Microsoft .NET platforms.

Why did I decide to write an article on this topic? Well, as a software developer, I sometimes find myself doing some experiments at home during my spare time, and I stumbled around an issue that bothered me during one of those experiments.

Basically, I coded a small client/server application and as recommended by the JSON Web Encryption standard (RFC 7516), I used asymmetric encryption to protect the symmetric key used to encrypt the communication channel between the client and the server. Since I am using the .NET Framework, I decided to go with the RSACryptoServiceProvider class to generate 2048-bit RSA keys.

To my surprise, while testing the system, I noticed that the size of the RSA keys was 1024 bits instead of 2048 bits as specified in the code. This issue was reported and explained on GitHub as a limitation. Therefore, I started digging more into this topic and found some interesting tricks and limitations that I will explain in this article.

But before going further let’s take a look a look at the RSA algorithm.

RSA: the asymmetric encryption side

RSA is an acronym for Rivest–Shamir–Adleman, which comes from the names of the 3 scientists (Ron Rivest, Adi Shamir, and Leonard Adleman)  who published the first description of the algorithm in 1977.

Therefore, the public key can be widely shared but the private key must be kept secret. Only the keyholder should be in possession of the private key. This mechanism is also known as asymmetric encryption because it requires the usage of a key-pair in the process.

Here is an overview of this process:

RSA: the digital signature side

In the digital signature use case, the key holder signs a message with the private key before sending it to a third party who is able to verify the signature with the public key. This mechanism ensures messages’ authenticity and integrity. Of course, the receiver has to trust the sender first…


How to create RSA Keys with .NET

Now, let’s go through the different classes or methods that are available in .NET to create RSA Keys.

In the code samples, we will use the key size recommended by NIST at the moment of writing this article: 2048 bits. Technology is evolving at a fast pace and 1024-bit RSA keys are breakable nowadays.  According to NIST, 2048-bit keys are strong enough to keep your data secure until 2030, and 3072-bit keys should be strong beyond 2030.

Basically, NIST says that a 2048-bit RSA key has the same cryptographic strength as a 112-bit symmetric key. Therefore, anyone doing a brute force attack on a 2048-bit RSA key will have to go through 2112 possibilities: this operation requires a lot of resources, that’s why it is safe to go with a 2048 bit for now.

Some people already started using 4096 bit RSA keys because they want their software to be future-proof (well, in my opinion, it’s better to move to Elliptic Curve Cryptography (ECC) all the way, but that’s just a personal preference).

One thing to keep in mind about the RSA algorithm is the fact that the CPU required for the encryption/decryption process increases with the key size. Therefore, you have to be careful not to choose a key size that will impact the overall performance of your system.

In a nutshell, here are the properties of an RSA key:

NB: To keep it simple, we will skip the mathematical explanation behind the key generation process. If you like mathematic concepts and want to learn more about RSA key generation, just google the following words and have fun

RSACryptoServiceProvider is one of the first implementations of the RSA algorithm in the .NET Framework (mscorlib), provided by the Cryptographic Service Provider (CSP) on Windows.  So this implementation is based on the Microsoft Cryptographic API on Windows, also known as CryptoAPI (available since Windows NT 4.0).

If you don’t specify a key size, the default constructor will generate a 1024-bit key.

Also, you have to be careful with setting the key size after creation, it just does not work. Setting the key size will not throw any exception, but it will just be just ignored (i.e explained in this github issue). Basically, the following code will generate a 1024 bit RSA Key instead of a 2048 bit key:

So, CNG is more recent than CryptoAPI and is the replacement for CryptoAPI. However, CNG has been introduced only since Windows Server 2008 and Windows Vista.

If you don’t specify a key size, the default constructor will generate a 2048-bit key as well.

The Set_KeySize method works very well in this class. For example, the following code will generate a 3072-bit key:

RSAOpenSsl is a .NET Core implementation of the RSA algorithm based on OpenSSL. This class is available for programs that will run on non-windows platforms where OpenSSL is installed.

Microsoft strongly recommends using the factory methods available in the RSA class, since they are platform agnostic.

Warning: In .NET Framework, the parameterless RSA.Create returns an instance of RSACryptoServiceProvider that doesn’t have an implementation of the set_KeySize method. If you set the KeySize, it will just be ignored. So, the following code will generate a 1024 bit RSA key instead of a 2048 bit RSA Key:

In a nutshell, the best way to generate RSA keys with .NET is to use one of the factory methods RSA.Create.  In order to have a clean code and an easy way to write your unit tests, I strongly suggest using these factory methods behind an interface. This way, you can use dependency injection and isolate your business logic code from the code that creates RSA keys. This way, you can update your code if needed without doing a refactoring.

I would like to give a shout out to Jeremy Barton! His posts on GitHub and Stack Overflow were really helpful when I was testing different scenarios.